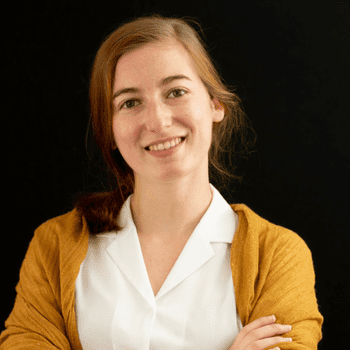 BSc Psychology graduate from the University of Bath. Currently studying for an MSc in Behaviour Change at UCL.

Do you have questions for Anna Tirion?

Log in to ask Anna Tirion questions publicly or anonymously.

'Nudge vs Superbugs: Using behavioural economics to reduce the overprescribing of antibiotics'.

This came out in 2018, but I wanted to bring attention to it and start a discussion since I know there is at least one person in this group working on the behavioural challenge of medical professionals overprescribing antibiotics.

Just for some background: the overprescription of antibiotics when not strictly necessary increases the risk of antimicrobial resistance, which means that more serious microbial infections might be more resistant to antibiotics in future. Infections that used to be deadly until the invention of antibiotics may become more dangerous again because they have ‘trained’ themselves against the treatment.

The Behavioural Economics Team of the Australian Government conducted a randomised control trial testing the effectiveness of 4 different personalised messages sent to over-prescribing general practitioners by the Australian Government’s Chief Medical Officer. One version simply contained educational information about the risks of over-prescribing antibiotics, while the other three contained a peer comparison.

Perhaps unsurprisingly to us, having learned about the power of social proof nudges, the letters that compared the over-prescribing GPs to their peers (e.g. “Dear Dr X, you prescribe more antibiotics than 92% of prescribers in your region”) were much more effective than the education-only letters at reducing prescription rates in the 6 months after the letters were sent.

However, the really interesting part is their finding that the peer comparison message worked significantly better or worse depending on what it was combined with. The most effective letter was the one that combined the peer comparison with an attention-grabbing graph visualising that comparison; it led to a 12.3% reduction in prescription rate compared to no letter whereas the education-only letter reduced rates by only 3.2%.

What are your thoughts on this? Do you think this intervention could be further improved?

Do you think it will need to be repeated regularly? The peer comparison letters still had an effect 6 months later, although less than at the start. If they had measured for longer, do you think the effect would have continued to weaken and eventually returned to baseline or would the comparison message have been powerful enough to influence the GPs for a long time to come?

An exploratory analysis resulted in the finding that GPs in areas with relatively low socioeconomic status had higher prescription rates to start with, but also showed a greater reduction in response to the letters. Does anyone have an idea why that might be?

And here’s a one-page fact sheet to give an overview: https://www.health.gov.au/sites/default/files/documents/2021/05/nudge-vs-superbugs-fact-sheet.pdf

Liked by Bradley Langford and 7 others